The Crow’s Fjord is a term created from one possible meaning for my last name, Crawford. I use it for my Norse / Anglo-Saxon style design work and anything else related to my interest in Germanic Mythology. In this blog I will discuss more of what interests me about it. I am a member of a Asatru/Heathen kindred called Cliffside Kindred, based in Scarborough, Ontario, Canada.

We at Cliffside Kindred are planning on putting up a 12 x 16 foot viking style longhouse at Gus and his son KC’s new wilderness acreage, named, Goodright Farms. The name comes from a story Gus told KC as a boy about their hometown of Scarborough, Ontario being ‘the good right arm’ of the nation, for its honest hardworking blue collar type residents. KC grew up with a great attitude about working hard and living a humble life living off the land the way he did growing up. Goodright is Gus’s second opportunity for living offgrid, the first being when KC was a child. Below are some images I’d like to get ideas from for structuring the new longhouse.

This first one is taken from the Ribe Viking Center website. Would sure like to visit this place! It shows a nice sized interior of a longhouse with a central hearth fire and people in the photo to get an idea of the roominess inside. Not sure of the square footage for this longhouse. Will see if I can find it. Its probably 15 – 18 feet wide at least. Ours will be slightly smaller. 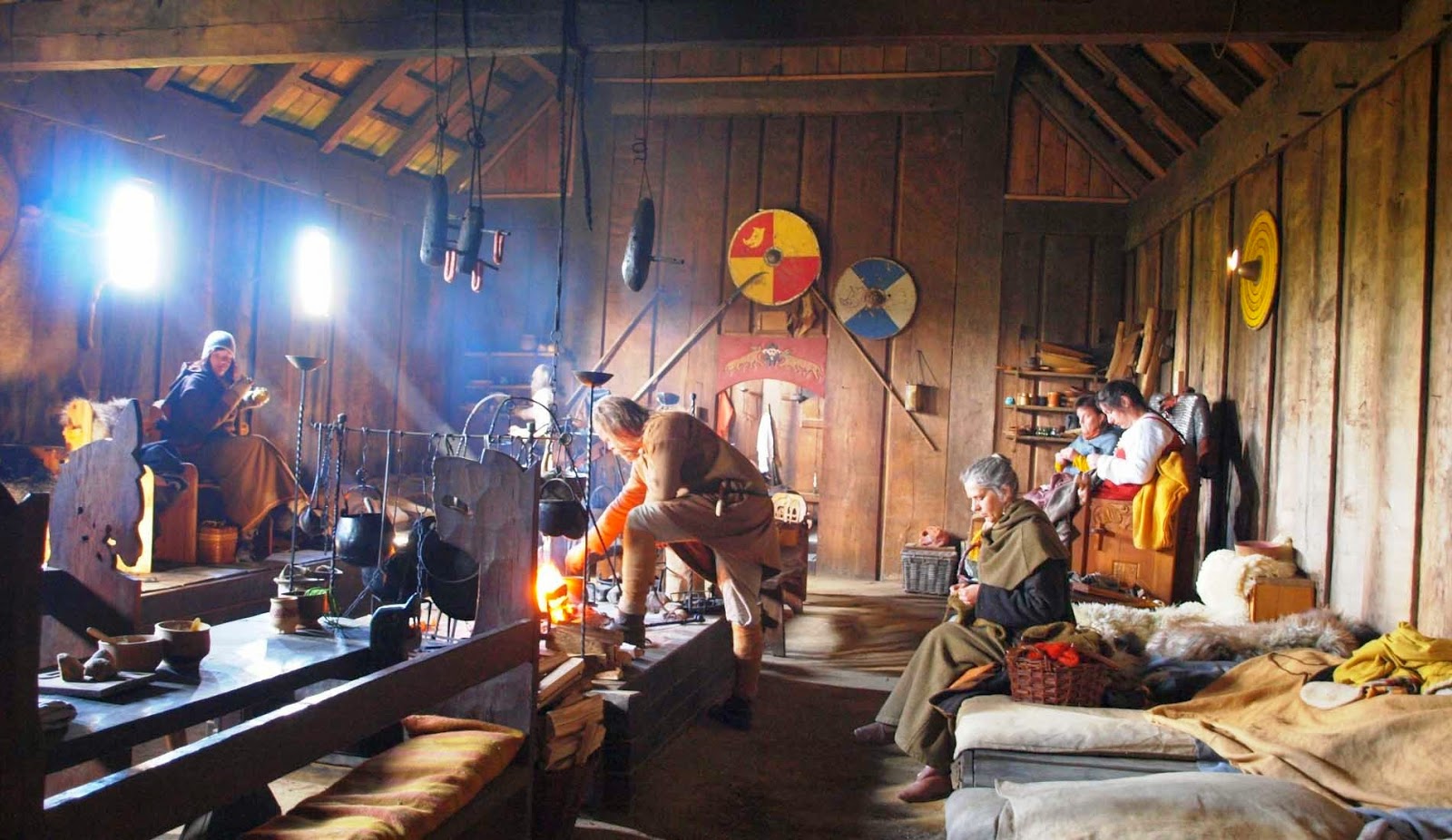 Another I found from Hrafenka on deviantART is apparently portable and can be assembled in 3 hours with two people, although its quite small. They use it for vending at Medieval festivals during the day then close it up and sleep in it at night. 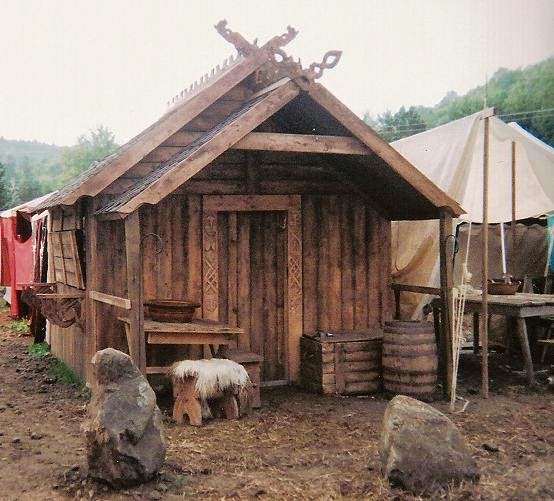 Another from deviantART with an exterior and an interior view. This one, by EvilAndy, is a traditional Viking house at an open museum near Stavanger in southern Norway. I like the sod roof and the wattling. 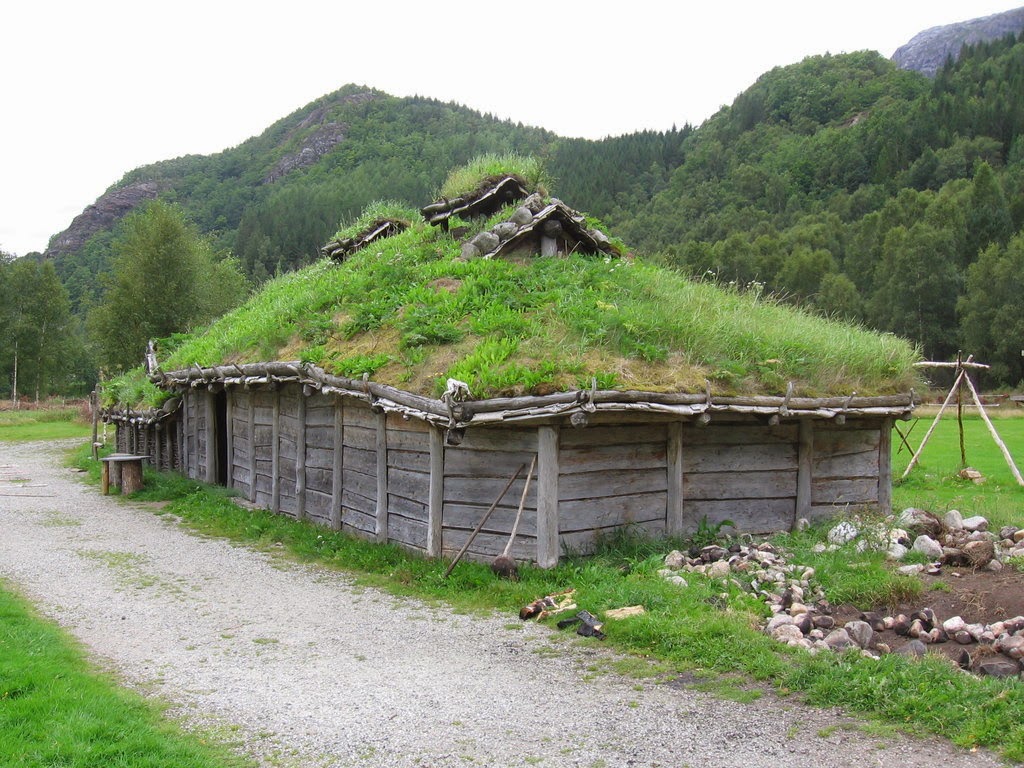 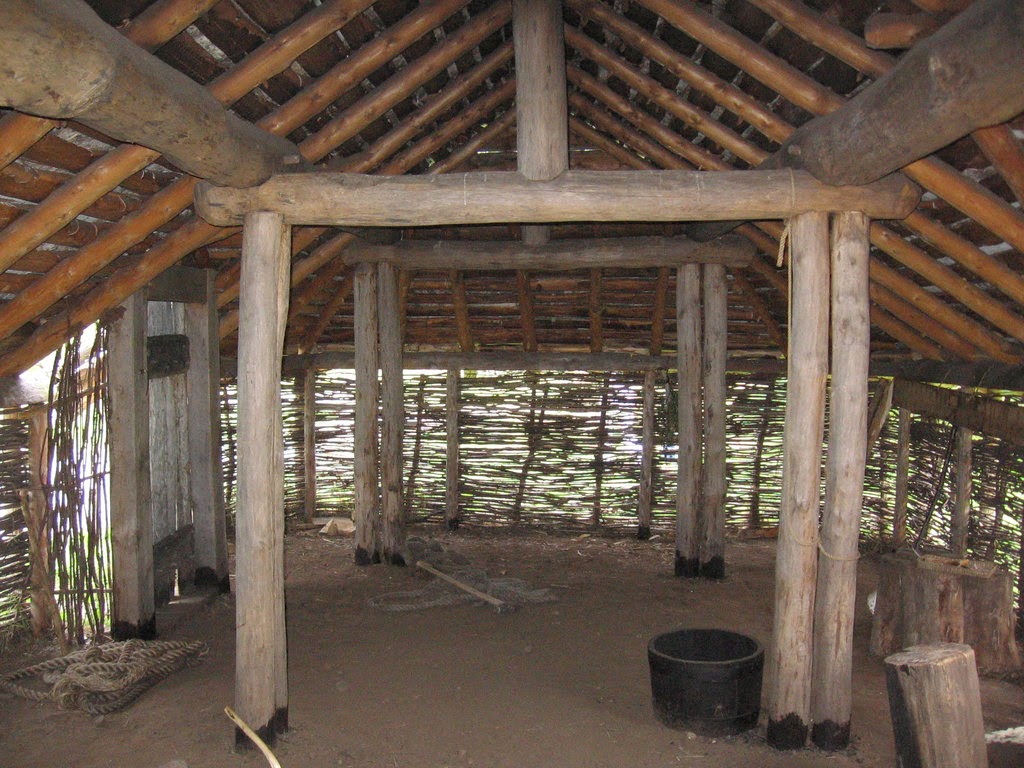 Here’s one taken at a Viking Festival on the Isle of Man, 2007 by photographer bombyaker, also from deviantART. It nicely shows the interior hearth that we are looking for with the opening in the roof above. 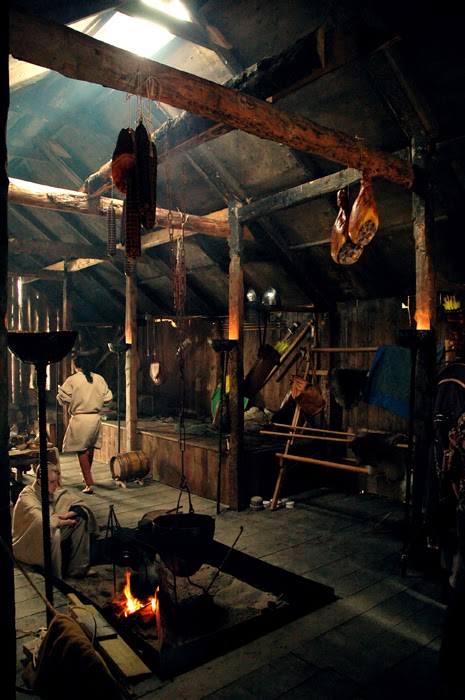 This last one is the interior of a reconstructed Viking house at L’anse aux Meadows, Newfoundland. 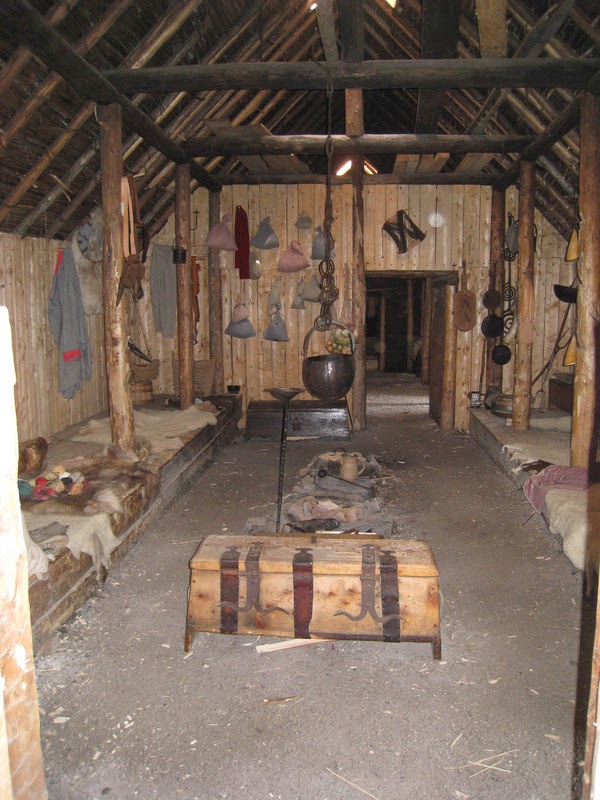 It seems to be roughly the right size and shape for what we want to build! 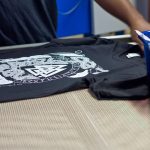